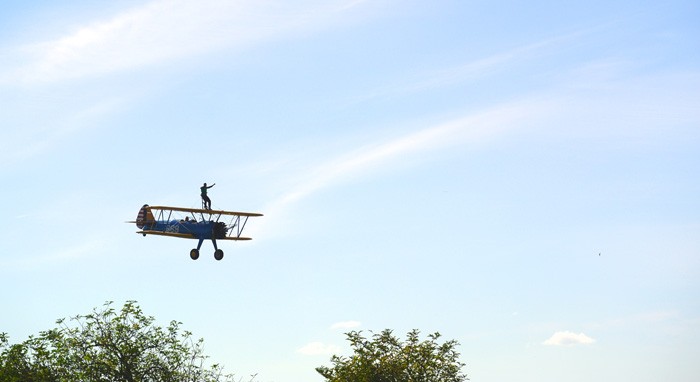 In August of 2014 I made the decision to raise £1000 for the charity Maggies. To learn more about my involvement with Maggies and the task I set myself read the blogs Maggies and Charity Wing Walk.

In my previous blog I introduced my ambition to perform a wing walk and I laid out the challenges I faced as part of the process. I’m pleased to announce that I have successfully completed the wing walk and raised a grand total of just over £1200 for Maggies. Read on to hear more about my experience of the event.

After attending the Maggies Charity Ball on the Saturday evening I tucked myself up in bed at midnight before rising at 6:30am the following morning for the drive down to Daymn’s Hall Aerodrome in Essex. Upon arrival nerves did set in as I spotted the 1940’s biplane I was going up in which is practically an antique. What added to the tension a little was that the event had been postponed a week due to maintenance issues with the plane, I must say I felt a lot better after seeing the plane do a circuit of the airfield without me onboard. 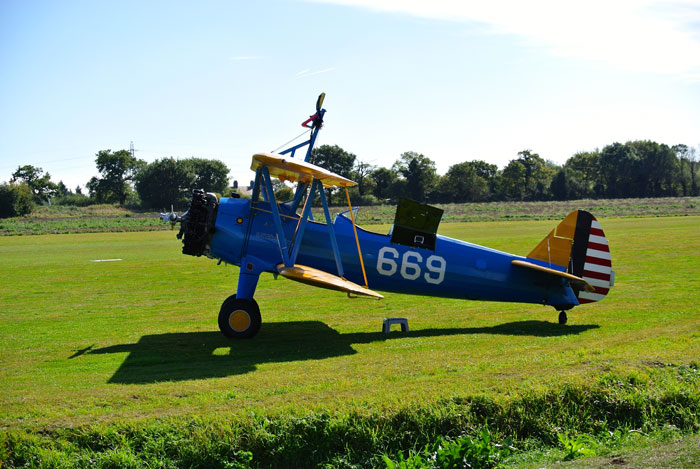 After signing disclaimers, making payment and a short briefing I was soon being strapped to the aeroplane, goggles and all with my wife watching nervously from afar. On approach of the runway the sound and feel of the 1940’s engine roar caused adrenaline to kick in. The powerful acceleration of the plane and the sudden lift off was quite a euphoric feeling. The first 5 mins of the flight was real sensory overload very much like that of a wild roller coaster. The pilot began to make steep climbs, dives and angled turns which really exposed me to the intense wind resistance and changing G forces. The dives toward the ground were certainly the most hair raising manoeuvres as the pilot seemed to just pull up before it was too late and then trim the tops of the trees as he swooped across and up through the airfield. I realised at this point how fortunate it was that I wasn’t wearing a microphone.

Several low passes were made to the small crowd and as my senses settled I started to take in the amazing view. It was a very clear day and the whole of Essex was clearly mapped out seemingly at my feet. looking further on I could clearly see the Thames and the whole of London town with Canary Wharf and the Shard vividly dominating the view. At this point I did start to relax a little and even sang a cheeky little verse of R Kelly to myself. 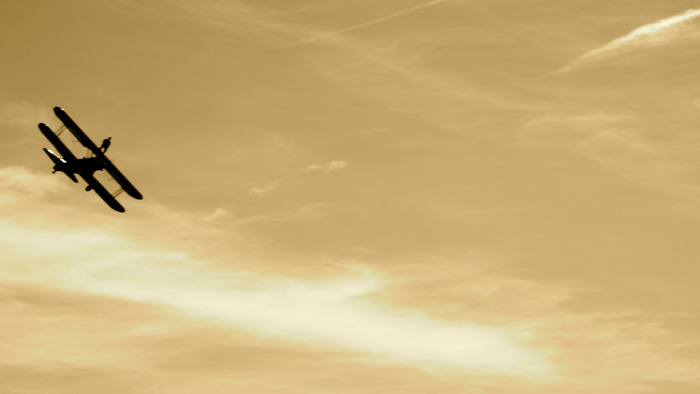 By this time I had been airborne for approximately 10mins and it was starting to show. My ears were starting to ache quite badly, my right eye was constantly watering, my face and jaw became cold and stiff, my lips were drying out and my legs felt sore from the violent flapping of my trousers. All of these sensations were completely unexpected. As the plane was passing over the airstrip I soon found myself willing it to land as I became more and more uncomfortable. When the plane did finally align itself to land I was very anxious about the landing but to my delight it was very soft and smooth and a wave of relief certainly passed over me. 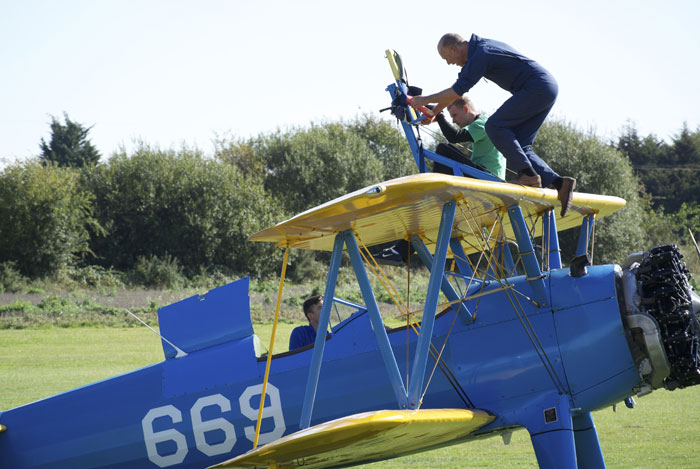 Getting down from the plane I felt very bizarre, my earache turned to a headache, my head was spinning and I felt stiff from the cold but knowing what I had achieved I still had a wide grin across my face. I was greeted by my wife who looked very relieved and after washing my face and enjoying a well earned cup of tea and a kitkat I felt as right as rain. I eagerly reviewed the videos and photos to ensure I had accumulated adequate evidence for all of the donations I had gratefully received before heading back up the A1 and reflecting on my experience. 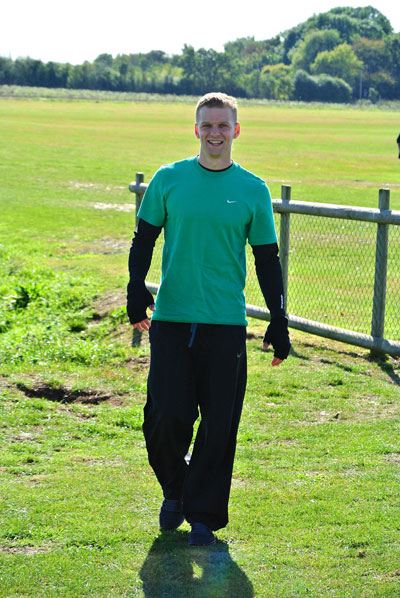 One of the challenges I worked hard to overcome was the wing walk weight limit. For seven weeks I dieted religiously, cut out alcohol, adapted my training and even fasted to make weight. In those seven weeks I lost a total of 13lbs and dropped to 9% body fat. Needless to say after the wing walk was complete I was very excited about a treat meal and I had a feast that evening to celebrate my achievements. I was also quite surprised to discover bruising on my legs from my trousers flapping about which certainly gave me something to show off when I relayed my experience later in the week. Would I do it again, absolutely yes I would but maybe for a slightly shorter duration next time.